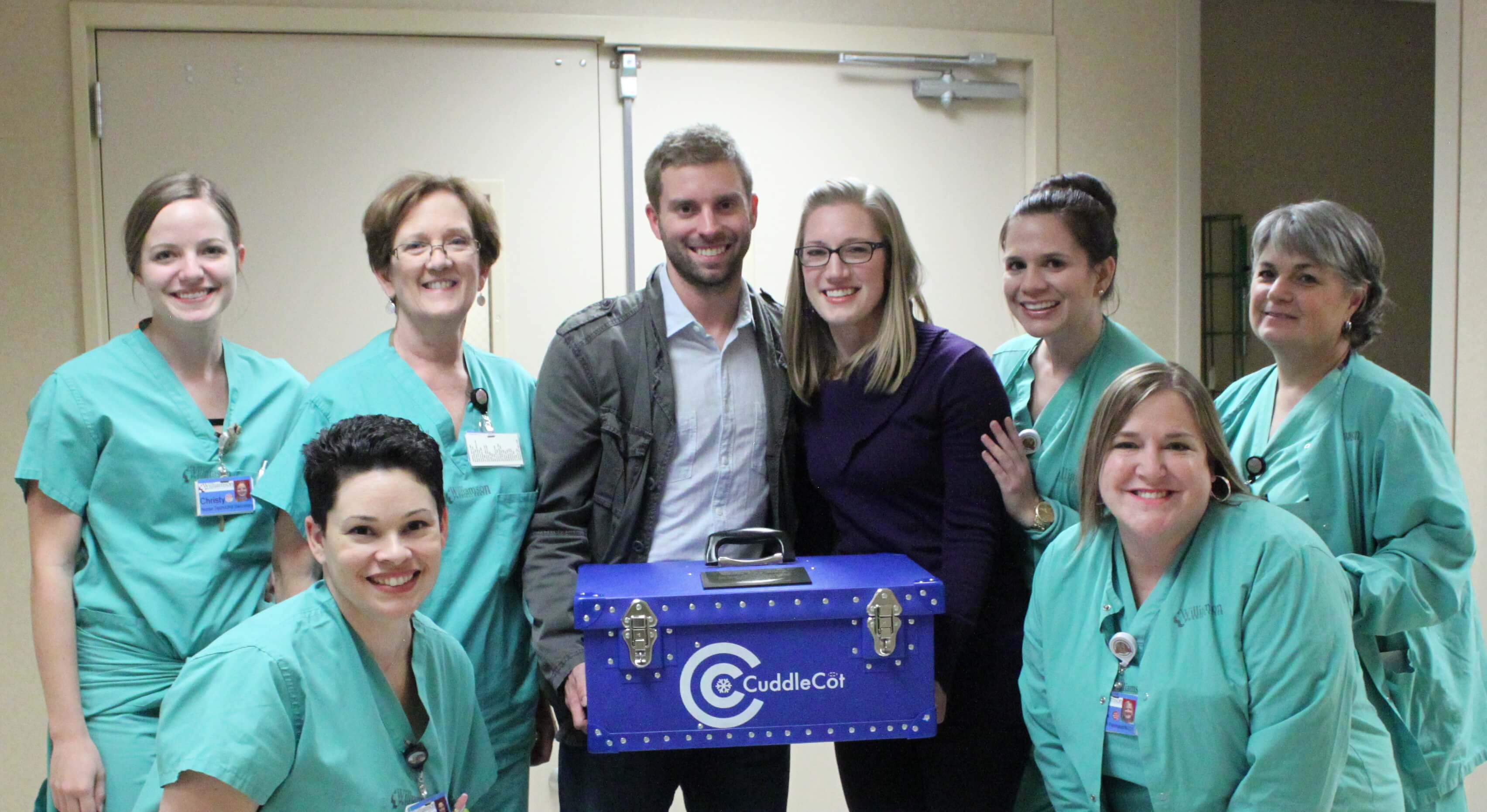 Couple turns heartache into help for parents who have lost babies

FRANKLIN, Tenn.—When Katie and Johnny Black learned their daughter was stillborn, all they wanted was time.

Time to spend every second, minute, and hour with little Anslee. While it was inevitable that they had to part, the Nolensville couple wanted to find a way to keep her name alive forever.

They found it through a dedicated effort, the support of a loving community, and a passing Facebook post.

Anslee Kay Black was delivered at Williamson Medical Center on April 22, 2017. For the next couple of days, the Blacks remember holding onto her for as long as possible.

Amid the tears and heartbreak, Katie recalled something she saw on a local Facebook group a few months prior. The post was made by a mother of a stillborn child, raising money for a device that would help preserve the baby—allowing parents more time with their little one.

“Some families only have an hour or two,” Katie noted to Williamson Medical Center.

Once Katie returned home, she searched until she found the post and reached out to the mother. After messaging back and forth, Katie and Johnny knew how they could keep Anslee’s name alive.

The couple established a crowdfunding campaign to raise money for the purchase of a CuddleCot; the device that was referenced in the Facebook post. Williamson Medical Center did not have one at the time, and the Blacks were determined to help any parents that had to face the same situation.

“Dwelling in so much sadness and negativity, it was a bright spot that we could be happy about,” Johnny said.

Johnny recalled, “When we started the campaign, we got a very good amount of support from everybody, it was tremendous.”

The support came from loved ones and strangers, near and far.

“(There were) People we hadn’t talked to in years. There are even some names on there that we still don’t know who the people are,” Johnny exclaimed. There was so much support that it didn’t take long to reach the goal. With the funds secured, the Blacks purchased the CuddleCot, and worked with the Williamson Medical Center Foundation to bring it to the OB Department. The foundation is the fundraising arm of the hospital, and works with all donors. Leigh Williams, Foundation Associate, remembered working with the couple.

She said, “The Foundation is committed to assisting donors find the most meaningful ways to support the work of Williamson Medical Center. I was honored to provide assistance to Katie and Johnny to fulfill their desire to donate a CuddleCot to our OB Unit. I am certain their generosity will touch many lives.”

It was clear that those who saw the Black’s campaign felt the same way. It remained active after reaching the $3,000 goal. The amount doubled not long after that.

“We were so shocked at how quickly we got up to it, and passed it,” Katie remembered.

The Blacks now had enough for a second CuddleCot.

“(Johnny and I) had a quick discussion and decided to give two of them to two different locations.”

They chose a hospital in Katie’s West Virginia hometown as the second beneficiary, after learning they were also without one of the devices.

Back at Williamson Medical Center, Sarah Brown, RN, BSN, is the Director of Perinatal and NICU Services. She was there when Johnny and Katie delivered the device, and said afterward, “We are truly thankful that the Blacks wanted to donate this to our hospital in memory of their precious daughter.  While we wish that no other families would ever need to use it, we know that realistically they will.  And, now because of their heartfelt donation, those families will be given the opportunity. We are humbled by their generosity.”

In a later email exchange with Williamson Medical Center, Johnny and Katie wrote, “One of our biggest fears is that our daughter will be forgotten. We also hate that we won’t get to hear her sweet name, Anslee, very often. Of course, the main reason for these CuddleCot donations is to help other families through unimaginable losses like ours, but we also hope that she will be remembered and her name will be spoken more often.”

And it will. The donated CuddleCots are both adorned with plaques bearing her name, the date she was delivered, and two passages to the families faced with using the device. The first, directly below her name and delivery date, reads, “May this gift of time with your precious baby allow for memories you will forever hold dear.”

Below an image of two hearts lies the second passage, “Those we have held in our arms for a little while, we hold in our hearts forever.”

In their email, Johnny and Katie also offered comforting words for the parents who have lost a baby. Excerpting the words would not do their sentiments justice, so Williamson Medical Center is presenting their statement in full. They wrote:

Losing a baby evokes a tremendous amount of grief. It’s a loss so awful and unexpected it can cause you to question your faith and can alter your relationships.

You could see an awesome amount of support from family and friends. On the other hand, people can say hurtful things unintentionally. Lastly, in most cases, people may choose to pretend that nothing happened and will not say anything at all. It’s not that they don’t care, they just don’t know what to say.

You need to allow yourself to grieve. It’s ok to be angry, miserable, in shock, or a culmination of many emotions. We would encourage parents to seek help via support groups or counseling.

Through Johnny and Katie’s efforts, Anslee Kay Black will be forever remembered by Williamson Medical Center’s OB Department, and those who will be touched by the CuddleCot donation.